5. Try the  BALIK EKMEK in EMINÖNÜ

Eminönü is the place where you can experience a spirit of Istanbul. Just sit down next to Galata bridge and watch how people are going in and out of the spice market, getting on or off from the ferry, walking towards the mosque, eating, playing, talking and enjoying life. For centuries fishermen were bringing their catch from the Bosphorus and the Marmara sea over the Golden Horn for sale. No doubts, fish is super fresh here. Years ago, few boatmen had an idea: cook the fish right on the boat and sell it for hungry people. Today you can not miss colorful boats and smell an aroma of fresh frying fish. If your nose and eyes still can trick you, you will hear people shouting “Balık Ekmek! Balık Ekmek!”. It’s very simple street food. Fried fish in a bread.

It’s kinda weird to buy sandwiches from boats bobbing in the water, but also it feels old-fashioned and romantic. Eat this sandwich with a drink called şalgam (pickle juice with some pickled vegetables). It’s sour, salty and perfectly fits with Balık ekmek. Best place to eat it, next to big stairs. There are many places to sit and enjoy the view of Galata Tower.

If you have been already in Istanbul, you know that it’s a city of hills. It’s impossible to walk somewhere and avoid climbing on some steep hills around. Even now, I live on the hill and first timer guests always reaching my door sweating as hell and complaining.

The tallest hill in the city is in Çamlıca. As you can guess, wonderful view is guarantied from the top of it. Just take a bus 15 C from Üsküdar and descend in the bus stop called “Ferah Mah. Yeni Cami”. After you will need to climb little bit. But it’s not so bad… At least for me.

I guess, you know that Istanbul is a huge city. It’s even hard to imagine how big it is until you’ve not seen the view from  Çamlıca hill (or plane…). From here, on a clear day, you can see for miles in every direction. And you will see that the city just doesn’t end. It’s enormous. Besides the view, Çamlıca hill had a pleasant tea garden, and is a great place to spend a lazy couple hours. 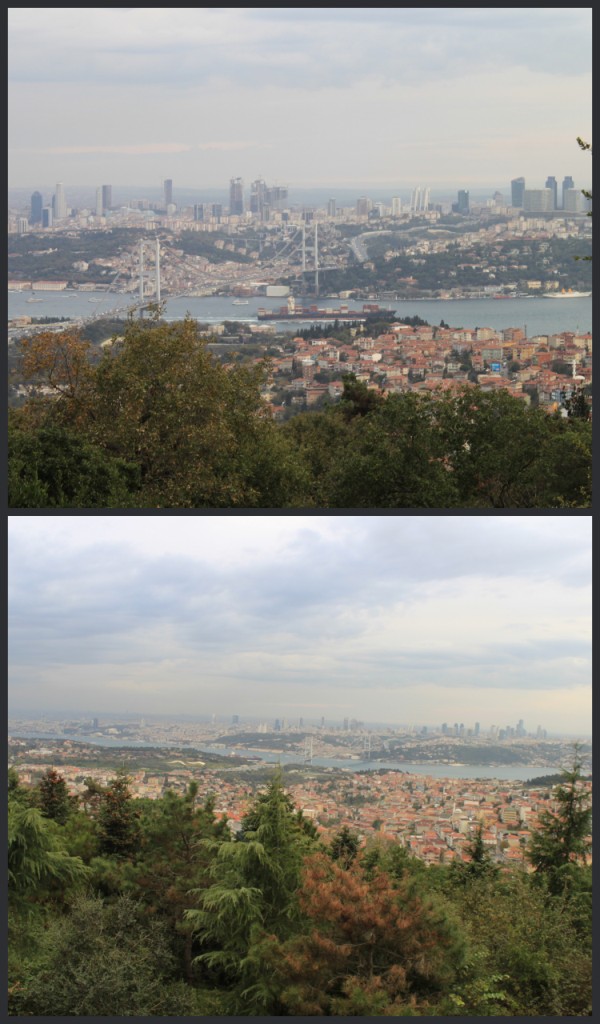 The most I hate about Istanbul is traffic. I have been spending hours in it, so I totally do not like this part of  my life in Turkey. Traffic is a huge problem which comes from the fact that in this city are 15 million habitants. I am always trying to use metro or ferries which can be better means to travel in city. But sometimes it’s just impossible. So then the best transportation mean is motorbike. You will need, just one thing- boyfriend with riding licence and motorbike. Wonderful experience to cross bridge, feeling so free and not considering about traffic so much.

P.S. To find turkish boyfriend is very easy process. But not all of them have motorbike 😉 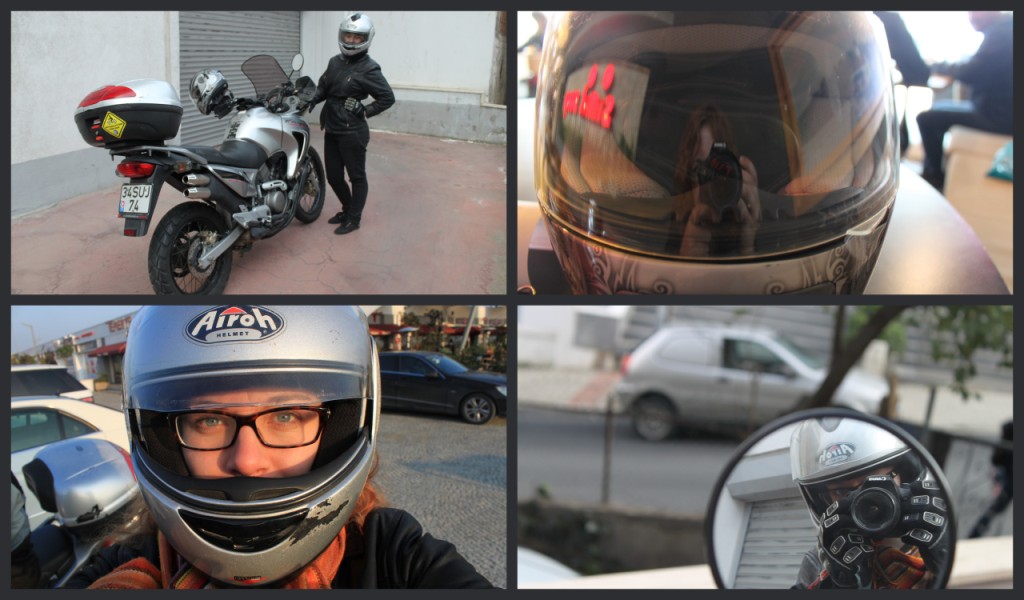 8. Go to BAZAAR. Local one, not a touristic.

Do you want to wear Nike, Adidas or Puma? All of them just 5 lira! Spice and Grand markets are the most famous in Istanbul, but also, the most touristic ones. I would recommend you to go to local markets (bazaar) where prices will be for you same as you would be a local person. My favorite is Beşıktaş market which is not far away from my home. It works just on Saturdays and I can find anything I need.

I guess, second hand shops do not exist in Turkey, because in markets you can buy t-shirts for 5 lira or dress for 10 lira. Quality is not the best, but as I heard “Turkish fake is still better than Chinese fake”. 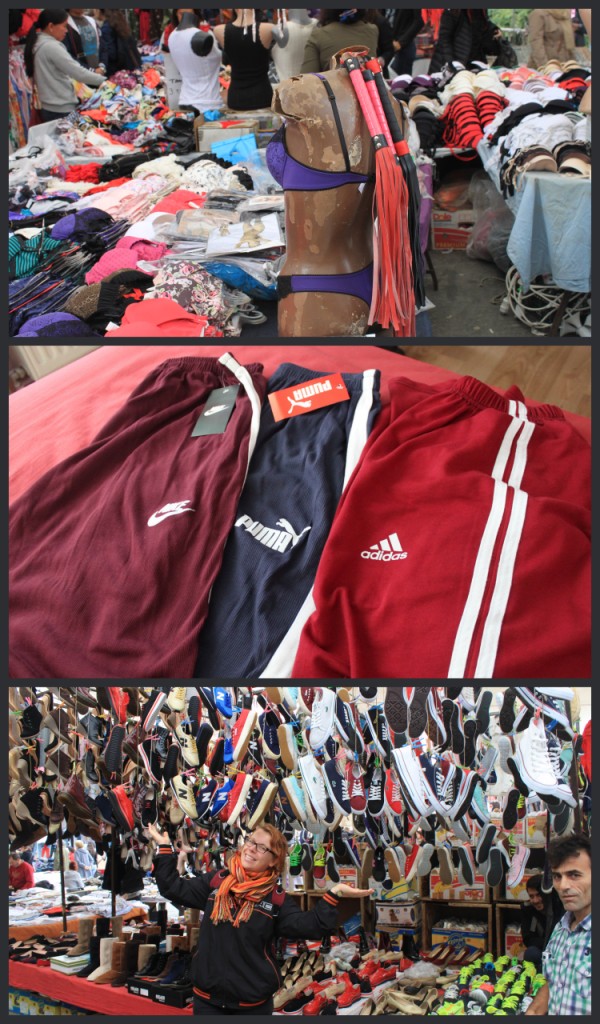 Turkish nation is passionate about everything. If they wont like something, they will protest. If they are proud, they will show that for everyone. If they love, they will do that with all their heart and be jealous as hell. So, can you imagine how hot-blooded they are when it comes to talk about… football.

In Istanbul there are three major football clubs, Fenerbahçe, Besiktas and Galatasaray. They are not just sport clubs, they also represent a different segment of society. Fenerbahçe is seen as the club of the new rich people and nationalists, and President Erdoğan is among its supporters. Istanbul’s middle class comes together in support of Galatasaray. Beşiktaş, on the other hand, is the team of the working class and left-wing intellectuals. The club doesn’t have a huge budget, often loose games and the stars of the football world generally choose to play for other teams.

Beşiktaş supporters are used to gather in Çarşı- a commercial quarter that usually acts as a center of a Beşiktaş neighborhood. It’s a special place. It fully sympathizes Beşiktaş football team yet tolerates other teams’ supporters. Let’s say, at the Kadikoy market every single shop owner would put out Fenerbahçe flag on a match day, and you would not see many walking around in the Galatasaray jersey. But you can wear a non-Beşiktaş jersey in Beşiktaş, even if your team is playing with theirs that day.

I can talk a lot about football fans in Turkey, but it will take all the post (maybe next time). Just I want to advice you to come once to Beşiktaş Çarşı to watch football (especially if Beşitaş is playing) and enjoy emotions from the people sitting around. Wonderful experience!

I am not fan of football, but watching people who are watching football is a great entertainment!

“We don’t love them just to be happy”