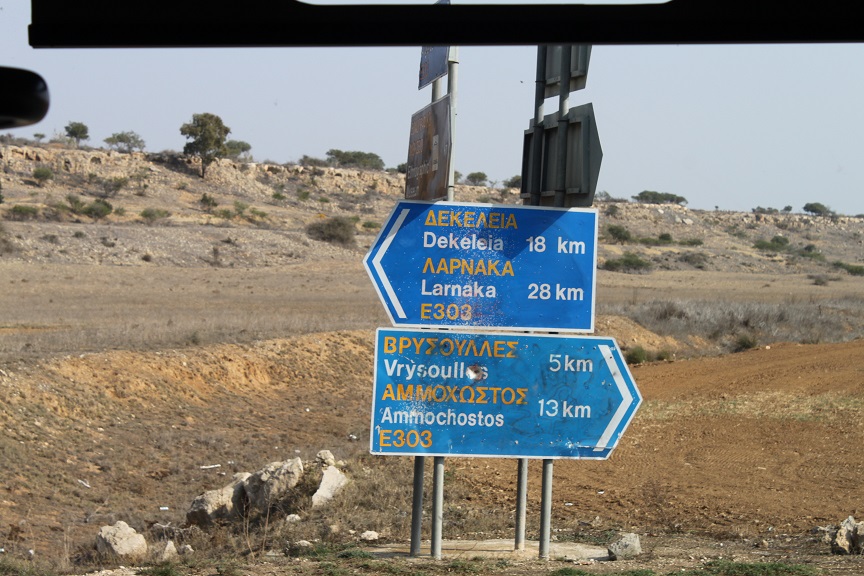 After I’d left Ercan airport, I started to feel confused of trying to understand which road leads to Nicosia (Lefkoşa). I was not even sure how to cross a road. It took few minutes for me to realize that in this island exist left-right traffic  and I was on the wrong road. How did I miss it while reading wikipedia, I do not know!  After I found the way I was searching for, car stopped immediately  without even stopping it. Old man in the car was asking me where I am heading to. He was from Ankara, but at that time he was visiting Cyprus, because in past, he lived and worked many years here in Turkish military base.

Sometimes I feel really stupid that my Turkish language knowledge is improving in baby-steps, but when I am travelling, people are really appreciating that I know at least some Turkish. It helps me to communicate with them and also… it makes me feel safer while I am travelling.  I can explain myself better and show my nice personality to people. 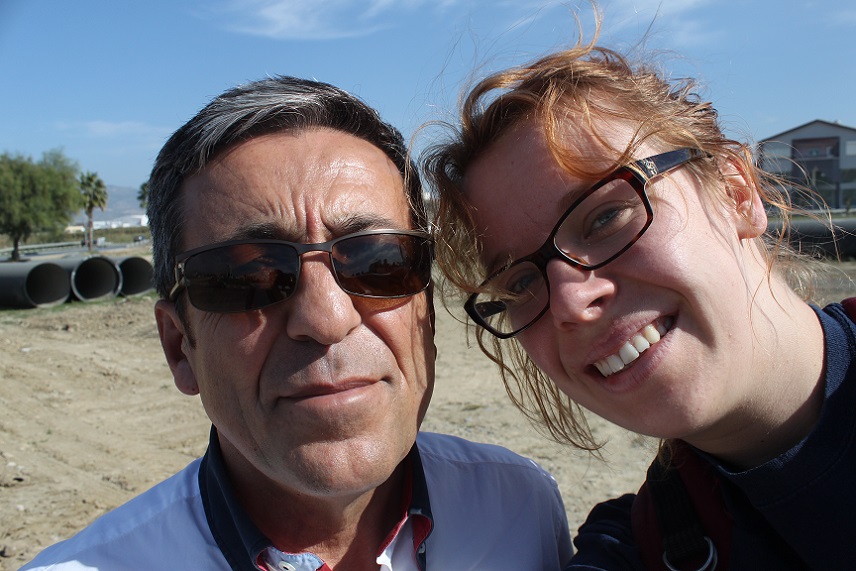 Driver wanted to make a selfie with me. Why not?

Faster than I could guess, I reached Nicosia. From there my road changed to north- Girne (Kyrenia). Without any problems or waiting time I stopped another car. A Kurdish guy was over exited to give me a ride and the main reason of it was my knowledge of three words in Kurdish language. He played traditional Kurdish music all the time, until we reach my destination.

Hitchhiking gives me opportunity to meet random people. Some of them ordinary, some of them little bit crazy, but one thing connects all of them-  they are ready to talk. They are bored or just helpful, so they stops to pick a hitchhiker. I am enjoying conversations with them. It lets me to get to know new things, but most important- I try my trust on people.

To be a hitchhiker is not a way for everyone. Especially, if you are a girl. I am not recommending to hitchhike for girls alone. If you really want to do it, you have to have “ balls”, good instincts and feel really self-confident. Also, you have to know how to communicate with people even with really poor language knowledge. 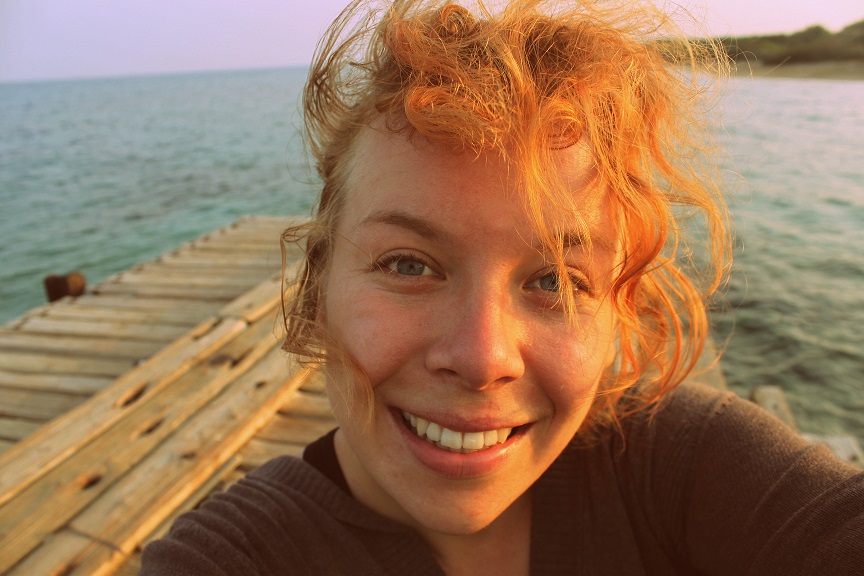 While hitchhiking…no. while hitchhiking and travelling…no. I am ALWAYS getting lost. But I got used to that and I see bright side of it. Being lost let’s me to explore more…and to be very happy after I finally reach my destination.

I have experienced so many awesome rides which encourage me to continue travelling. But of course, shit can happen, so I have to be honest to you and tell that I had during some rides I did not feel comfortable and one of them really scared me almost to death.

Before going to Cyprus, I was sure- I will hitchhike and it was a good decision. It was really easy to do, I did not experience any problems and I had opportunity to have nice conversations with local people. I am not sure about hitchhiking opportunities in Southern Cyprus, because even there my only driver was Turkish Cypriot, so I can’t be objective. 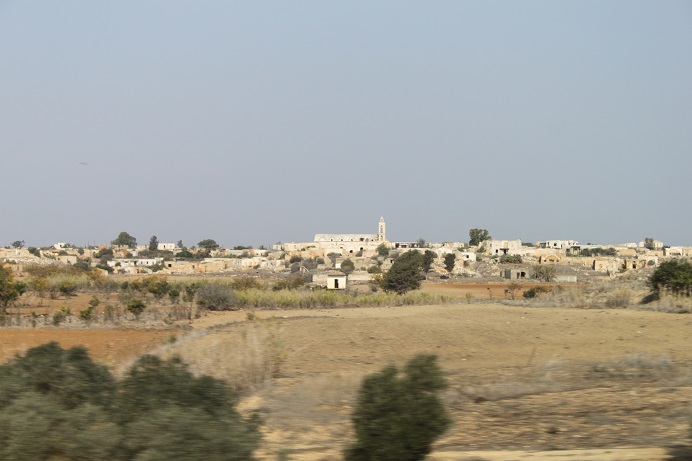 In Northern Cyprus hitchhiking is easy as in Turkey. Just leave the city and thumb up. In Greek Cyprus, I tried to stop car, but not in very good spot to do it – next to Britain military sovereign base which I crossed by walking. Two cars didn’t stop, but the third one did. That was the longest waiting time  for me in island. “Even” 5 minutes!

One more good thing about Cyprus that drivers know at least basics of English. I guess, it’s because of Cyprus history. You will experience that almost everyone know some English in Northern Cyprus (especially in service sector) and in South Cyprus almost everyone speaks in intermediate level.

How people do react to hitchhiking? They always remind me, how dangerous it is. And of course, especially in another part (so north people talks about south, and south about north). People are really helpful to drive you anywhere you need, even give their numbers if I will need any help and of course, they will offer to stop for tea or food.

Hitchhiking was very pleasant way to travel and let me to experience new things. For example, crossing European-Greek Cyprus, walked through British sovereign base and finally reach Turkish Cyprus part- and all of it – in one hour. Also, as I said before, I had nice conversations with people and I received wonderful hospitality from them.

Talking about hospitality… Of course, while I was in Cyprus I decided to use couchsurfing… but about it in the next post! 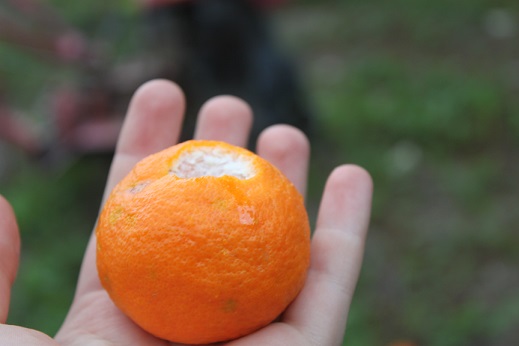 Fresh, sweet and you can find them growing everywhere… 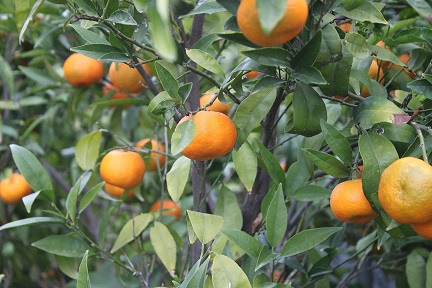